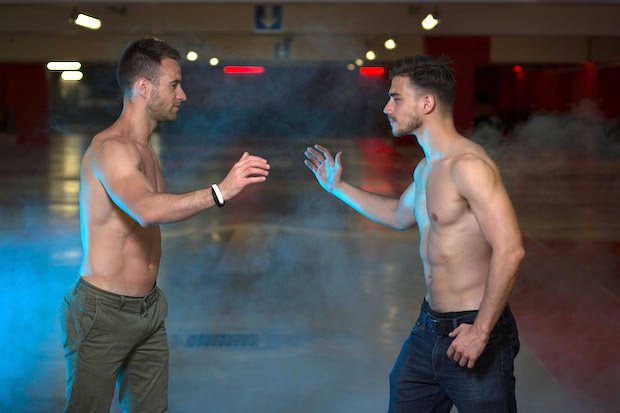 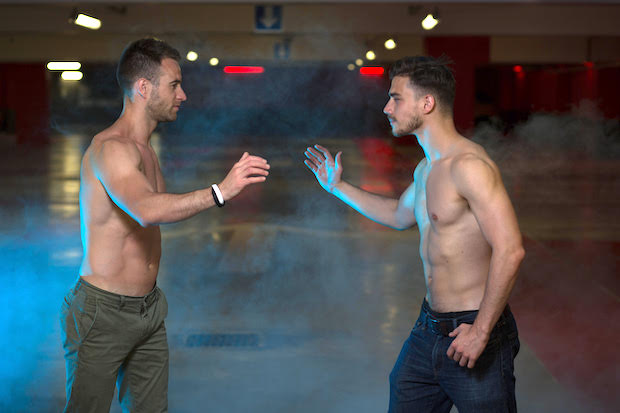 Whether they are called Thibault Geoffray among others or whether they are Tibo “in Shape”, whether their methods are appreciated or denigrated, they have millions of followers (and, consequently, also haters) on social networks, publish books and videos, lavish advice which has value as models… They are the buzz and the subject of many articles.

In Mens Articles we are sporty and we follow them, we appreciate them or we are jealous of them (indeed on this last point … no), but they certainly do not prevent us from looking elsewhere. And to be interested in many other coaches who, without reaching hundreds of thousands of followers, deserve and also deserve our article. An article to stand out from the hundreds already published and regularly appearing on these “Master coaches” described above.

It is therefore the subject of a series that will present some of these coaches, selected on multiple criteria, after a long follow-up, and with our sporting rigor. These coaches who, without staying in the shadows, deserve even more light. We have met them and we invite you to do so, through this series of articles. And beyond what they present on their site and on their pages, behind the bib packet, we are also interested in their person.

We define alphabetically “alpha” as the first letter of the Greek alphabet, didactically as the first star of a constellation, and in apposition to the word “male” (which are our main readers and kind editors), this name refers to dominance. Whatever its definition, “alpha” refers to a form of strength, superiority, even primacy but assumed and even uninhibited. Being an Alpha requires a mind, being an AlphaBody allows the physicist with that mind.

And at AlphaBody, the dynamism and motivation of their creators is visible as well as some parts of their body (joke to the two gentlemen who are the subject of this article, :)).

But hey, which coach wouldn’t do that? What coach wouldn’t use his body to make it his brand image, his showcase? Who, among the most muscular of us, would wear the t-shirt in the midst of a dodger on the beach for the sake of modesty? And then, the result is there, right? The proof in pictures (at the top of this article) that they were kind enough to provide us.

“They” are Antho and Nico. Alias ​​Anthony Morvan and Nicolas Silvy. Their point in common, when we give them the shirt? Graduates, educated, executives, polyglots, lovers of good food and good wine (life, we would say), who became the architects of the AlphaBody coaching method, after these two Alphas met for the first time … in the gym ( well then!). 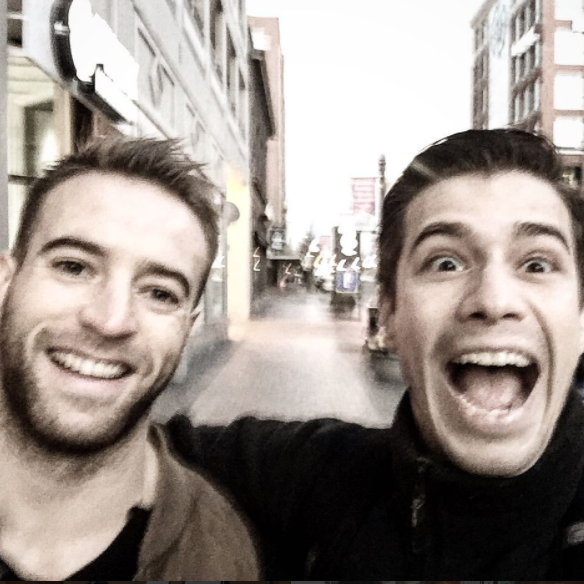 We have been following them for some time, seeing them grow, expanding the scope of their possibilities, making videos of quality every time better than those of their debut with a simple smartphone, and building an enthusiastic community of fans. Reviews are positive (also proof of image), when those of their few enemies have few bases.

We appreciate the regularity of their articles and their videos, the energy that derives from it, the relevance of their advice – not all but many – both in sport and in nutrition (one never goes without the other, as we know at Mens Articles), and the closeness that they keep with their audience. Why do they give examples while giving themselves as examples without turning into a form of narcissism, because they get involved and care about our investment (in the sporting and mental sense of the term).

But even more we appreciate their main leitmotiv, and the object of coaching, which is also ours: a healthy mind in a healthy body (life, we would say too). Disbelieve that AlphaBody will make your body only that of a Greek god, not only that, it will also teach you mentally to strengthen your self-esteem.

And then, there is this reference to “Alpha” which designates us, we Lords, in our masculinity, more precisely in this pride inherent in our masculinity. Feeling male isn’t a bad thing (alleeeeez, you had to make this joke at some point! :)). Because being male is not bad, and being alpha is more than not bad.

Then become Gentleman Alpha and you will dominate the world (see you in ten years?).

Antho & Nico could be the two good friends to joke with, drink snacks, talk about everything, work out and (even) cook, this is the impression they give when talking to them, when the conversation flows, which makes them friendly. and accessible.

For the rest, let’s let the two concerned talk, introduce themselves and present their program:

A sentence for one to introduce the other?

Anto: Nico is very good at seeing the “blind sight” of a person or an idea.

Nico: Antho is a learning machine.

What makes you different from other coaching methods?

A perfectly balanced mix of theory and practice, without cardio. Everything is pre-digested and ready to be implemented. And we make our clients autonomous, completely autonomous, when personal development is absent with other purely fitness coaches.

How many Alphas since the creation of AlphaBody?

The essential accessories for an Alpha?

Free weights or just a pull-up bar if you plan on bodyweight.

The accessories to ban for an Alpha?

We offer both, but we prefer the room. It is more systematic and square.

Neither. Haha! Squats and what makes you happy.

IMG, otherwise Antho is in the overweight category ☺

Anto : Alex Hormozi (a friend not yet known around the world but it won’t take long), Aubrey Marcus, Mike Matthews.

Anto : The two are related therefore an “Alpha Gentleman”.

A pity not quite nice?

Anto : I have four medically validated nipples. Well, I’m campaigning to validate a 5th. Well, I’m cheating a little bit because it should embarrass me but I’m actually proud of it. One day a photographer whispered in my ear “well, I’ll change it” (pointing to the nipples in the photo). I told him he was out of the question. He found it strange.

Nico: Difficult question, it depends on the genre! Some that come to mind: Essentialism Greg McKeown The power of now de Eckhart Tolle, When I stop talking you will know that I am dead Jerry Weintraub

Anto : This is difficult… free yourself. It was my favorite movie when I was younger. Haven’t seen him in years, so it might change. But I’ll keep this answer.

Anto : Ayahuasca, but I haven’t tried it yet (haha).

Your music to motivate you to play sports?

Anto : I don’t listen to music in sports, except when I’m trying to break the deadlift. In this case I put My hero Foo Fighters and I are waiting for the chorus to go all out.

Your music to relax?

Anto : Spirit of the bird by Saverio Rudd. BUT discovery of the year (Editor’s note: we approve).

What part of your body are you most proud of?

What part of your body are you least proud of?

Anto: The length of my legs (Haha).

Do you have a chance to reincarnate, would it be in …?

Antho & Nico: A woman to see the world with another filter.

The last word of the end …?

Nico: AlphaBody’s goal is to provide the right information, in a certain order and in an extremely easy-to-implement format.

If after reading this article you are interested in the test free AlphaBody, we invite you to join the free 7-day AlphaBody challenge here: